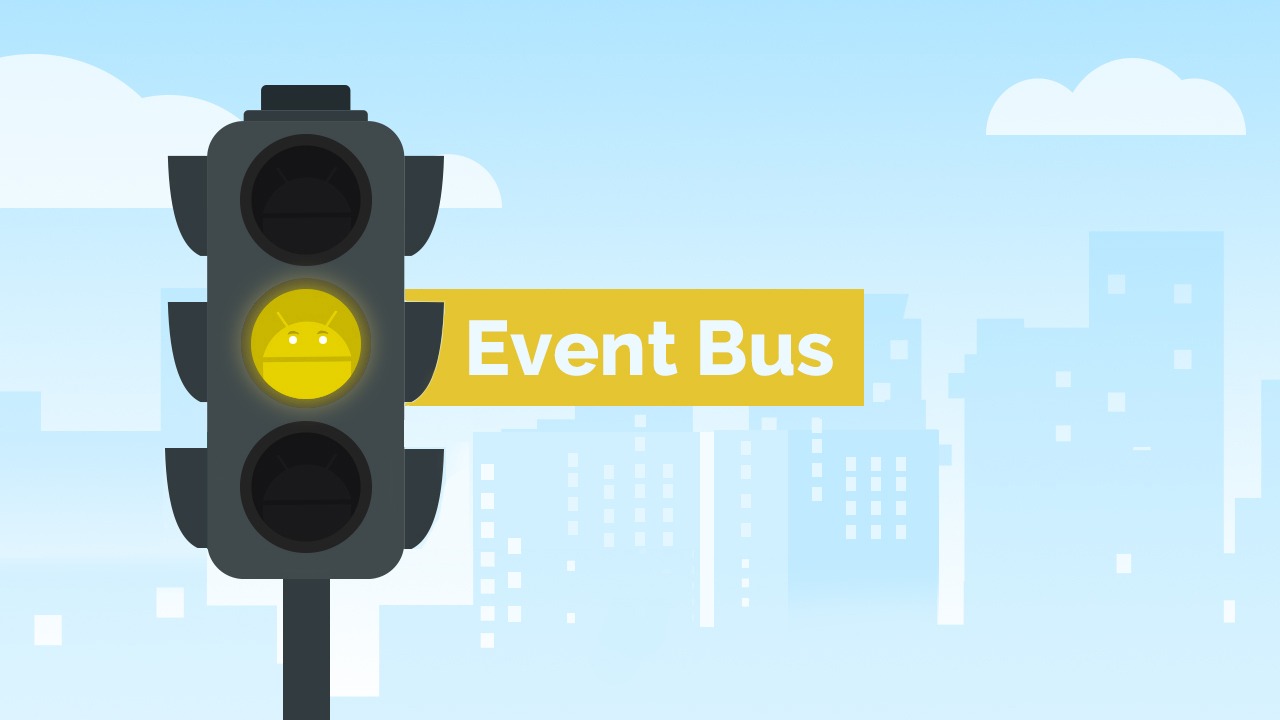 As you’ll see shortly, implementing basic event bus is simple. However, despite its apparent simplicity, this component is a tricky beast to tame. In some sense, you can think of an event bus as a lightsaber: properly trained, disciplined Jedi can use it to fight enemies and deflect blaster beams, but an average Joe would probably cut himself in two if he’d try to wield this powerful weapon.

Therefore, in this post, I’ll summarize my experience with event buses to help you adopt this approach in your projects while avoiding the most common pitfalls.

You can implement a very simple event bus like this:

The above is the simplest implementation of an event bus which wouldn’t be practical to use in many situations (e.g. it’s not thread-safe), but it does capture the main idea.

At a higher level of abstraction, event buses realize so-called Publish-Subscribe architectural pattern (“pub-sub”). In this pattern, there is one group of clients that produce and publish notifications (events), and another group of clients that subscribe to receive these notifications. The main feature of pub-sub is that publishers and subscribers don’t need to know anything about each other, as long as they “agree” on the “type” of notifications being exchanged. Alternatively, we can say that pub-sub results in lack of direct coupling between publishers and subscribers, which lowers the overall coupling in the system.

Low coupling is great, we all know that, right? Well, turns out that there is more nuance here than meets the eye initially.

In my experience, “low coupling” is universally seen as a positive characteristic. But is this always the case?

Theoretically, you could route all the communication between components in your system through an event bus. Just replace every inter-component method call with a specific event and you’re done. The end result of this experiment will be a system where components won’t have any direct inter-dependencies. Software architect’s paradise, isn’t it? [A similar approach was implemented, at scale, in multiple companies, as part of their “decoupled micro-services” initiatives.]

I hope that even though I invoked the magical “low coupling” argument, your intuition screams that something isn’t right about this idea. However, it’s not that simple to point out what’s the problem here exactly. That’s why “low coupling” idea often becomes a trap.

For one, it’s not universally true that event buses lead to lower coupling. For example, let’s say that ComponentA called a method on ComponentB and you replace this method call with an event. In this scenario, you effectively replace ComponentA‘s dependency on ComponentB with dependency on the event bus itself. ComponentB will also need to subscribe to the event bus, so that’s one more dependency to add. Lastly, both ComponentA and ComponentB will need to depend on a specific type of event that will be used for communication, so this also couples them together. Therefore, the overall coupling inside the system can actually increase as a result of event bus introduction.

Even if you look at ComponentA exclusively, the situation isn’t necessarily better with event bus. Before the refactoring, ComponentA was coupled to a specific method in ComponentB. If you’d remove that method, your code would either fail to compile (statically typed language), or fail at runtime (dynamically typed language). In either case, you’d get a clear error and would be able to debug the problem. However, after refactoring to pub-sub, you could remove the logic which handles the events from ComponentB (or just forget to add it in the first place, or forget to subscribe ComponentB to the event bus), and that specific functionality would just fail silently. No crashes, no errors, just frustrated users. This can be mitigated to some degree with automated testing, but even then it’s not that trivial. This potential problem is a direct symptom of low coupling: the coupling between ComponentA and ComponentB isn’t strong enough to provide explicit integration indicators. Therefore, in this case, insufficient coupling becomes a drawback, not a benefit.

So, is low coupling bad then? Not at all. It’s only when the coupling becomes lower than the optimal that it becomes a problem. And that’s really the main idea that I wanted to convey: software components need to be inter-coupled to the optimal degree, or, at least, close to that.

In some cases, the required level of inter-coupling between components should be very low. PCIe protocol comes to mind as an example. It’s also a pub-sub, but much more complex than event buses. Hardware components which connect to PCIe aren’t coupled to other components in the system, which allows you to use a vast variety of parts from different manufacturers inside your PC.

In other cases, like if you have two inter-dependent classes inside your codebase which implement a single feature, you want to have explicit direct coupling. Future maintainers of your codebase don’t need to trace events and reverse-engineer lifecycle overlaps to figure out communication scheme between two classes which reside in the same package. A simple method call is much better choice in this situation.

To make an efficient use of an event bus in your projects, it would be great to have a set of specific practical guidelines. These are my personal best practices when working with event buses:

The benefit of using these proxies is that you’ll be able to infer whether a component is a publisher or a subscriber just from its signature. That’s very beneficial for long-term maintainability. Developers who took my SOLID course will surely recognize this design trick as an example of applying Interface Segregation Principle.

The discussion up until now was very general and applies to pretty much all programming languages and frameworks. However, I also want to share some additional recommendations specifically for Android developers.

First of all, in Android projects, I recommend using EventBus library. I know that “you can implement it in RxJava in just couple of lines of code”, but, as much as I like DIY stuff, I don’t think it’s a good idea.

If you do use this library, then also consider these best practices:

After you get your hands on this cool library, you’ll most probably see dozens of places where it can make your life much simpler. Many of these will be non-optimal and will lead to maintainability issues down the road. So, be careful.

Stuff I routinely use EventBus for:

The common denominator here is that it’s relatively cumbersome to implement direct coupling between these components due to the architecture of Android framework itself. Therefore, any alternative solution will also be “dirty” to some degree. If that’s the case, then just using EventBus becomes a reasonable trade-off.

Event buses have been integral part of my toolbox for years and I use them in pretty much all projects. However, when I just found out about this seemingly simple and powerful approach, I abused it enormously. It took me years to realize the long-term negative effects of insufficient coupling and become respectful and mindful of event buses. I hope you won’t need to go through a similar trouble after reading this post.

As usual, thanks for reading. You can leave your comments and questions below.